At the top of the market, properties renting throughout Marin County for $8,000 and more per month, rents increased 3.68% from 2016, while overall rents in Marin in the SFH category were relatively flat in 2017. Some quarters in 2017 even fell short of those averages seen in 2016.

"The quick judgment," said Christopher Barrow, FHI co-founder/co-managing director, "was that the increase was a result of the demand from homeowners displaced by the North Bay fires. However, our data indicates that most of the increased activity occurred in Northern Marin, where rents typically are lower and few properties are in the top end of the market ($8,000 and up)."

Even taking the fire-related movement, Northern Marin remained relatively steady in activity and pricing after a quick upturn. Not so in Central to Southern Marin (Sausalito, Mill Valley, Tiburon, Belvedere as well as Kentfield, Kent Woodlands, Ross, Larkspur, Corte Madera, San Anselmo and Fairfax), where rents saw a steady uptick." (Q1 $2.79 per square foot vs. Q4 $3.07 per square foot.) Foundation reported that the average days on market for rentals in this geographic area remained flat, although they increased from 43 to 57 days from 2015 to 2017, indicating that while prices were slightly higher, it took longer to fill vacancies last year than the two previous years.

The FHI study also noted that in the three-year period of 2015-17, rents across Marin in the SFH category were up 3.45 percent while in the $8,000 and up category the increase was 10.46 percent over the same period. Foundation Homes has more than $100 million in residential real estate assets under management in Marin County.

"Although we have been in the luxury home rental business for over a decade," said Darcy Alkus-Barrow, FHI co-founder/co-managing director, "this is the first comprehensive study that we have conducted, and to our knowledge, is the first relevant one done for Marin County’s specific luxury, single-family home segment. Most rental pricing studies are performed with data drawn from the multi-family apartment market. It’s just not relevant for the segment of the market where our clients operate." 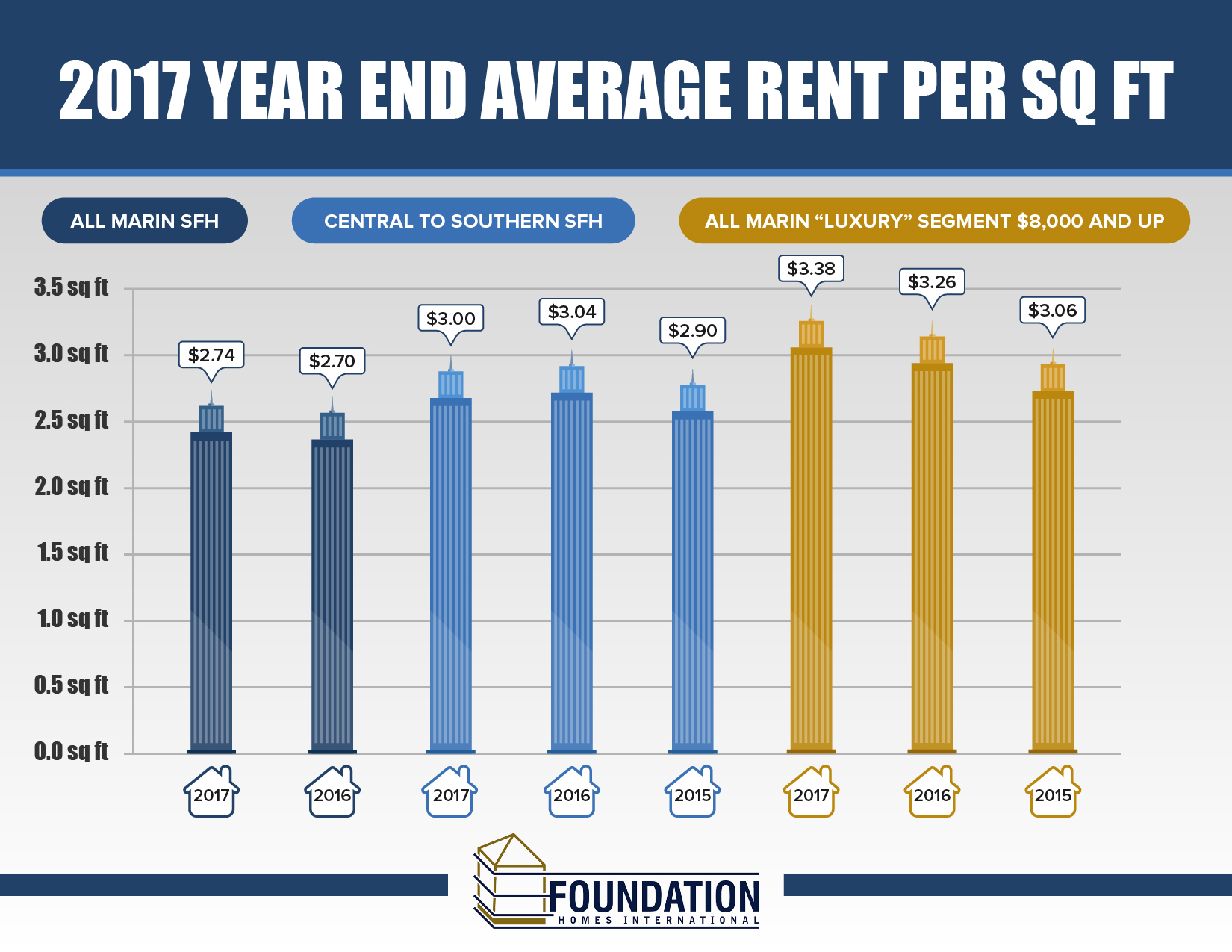 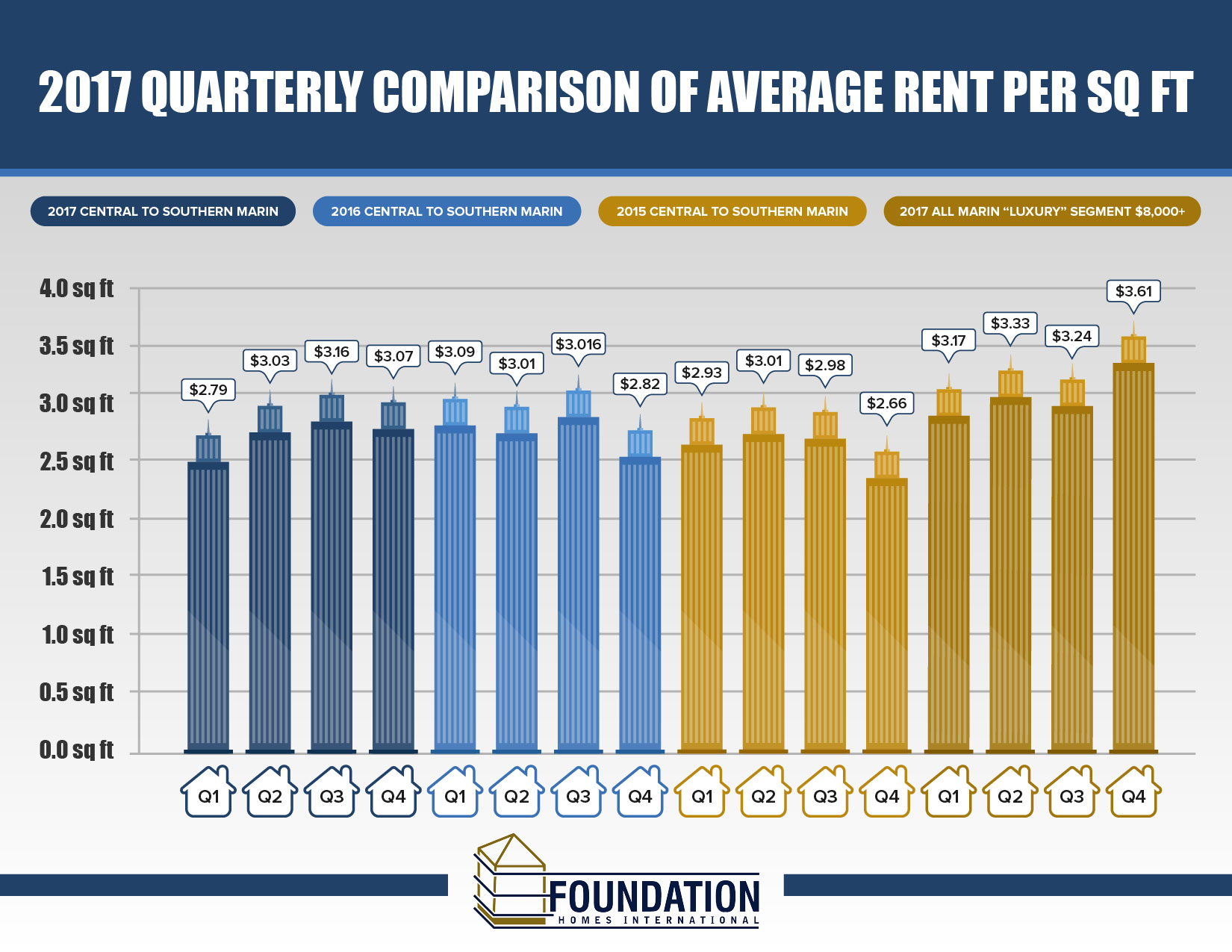 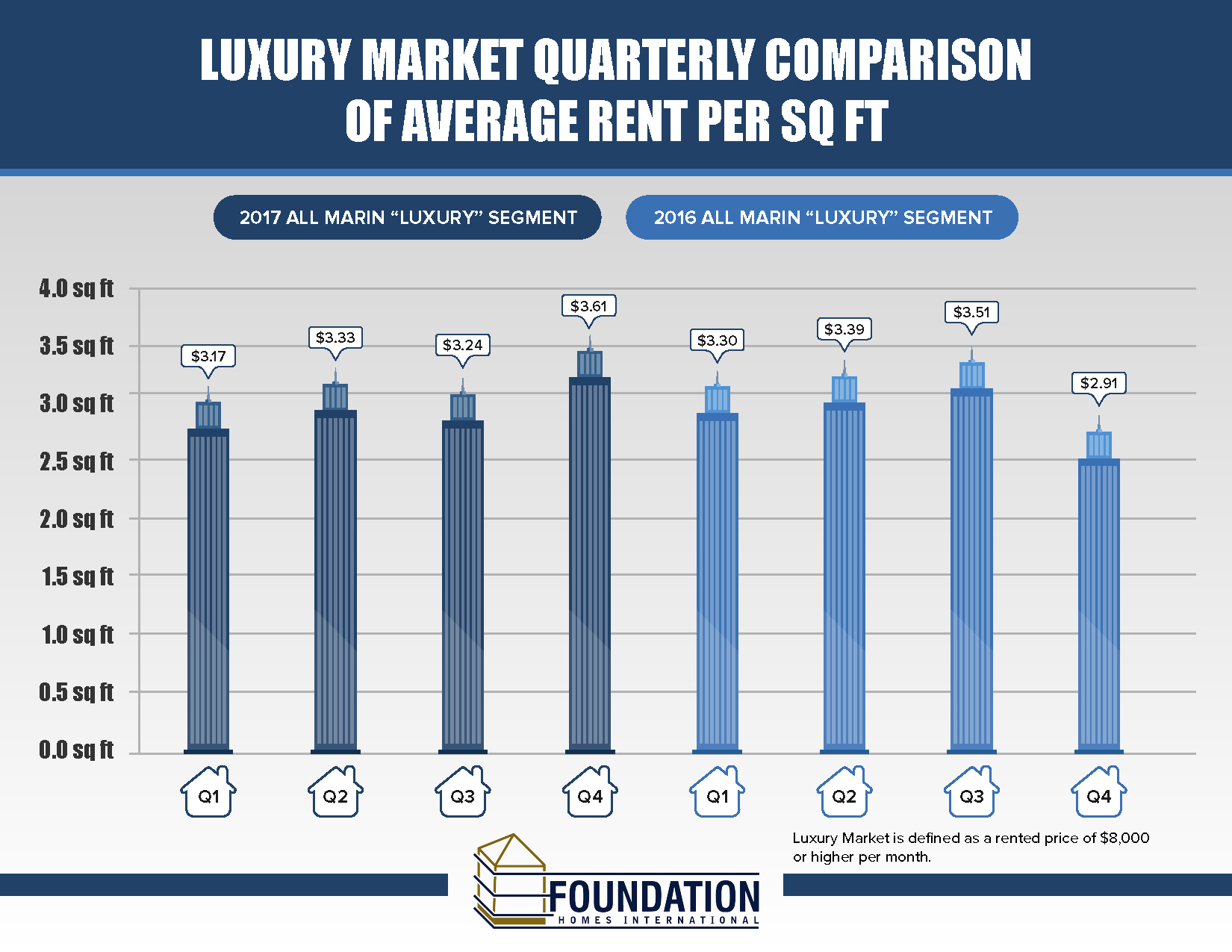